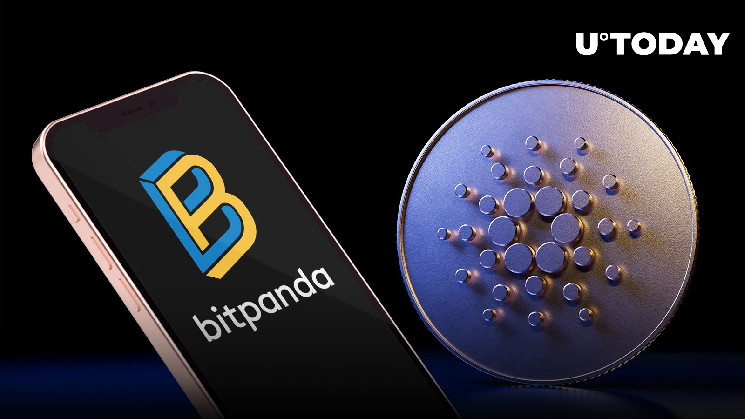 Austria-based cryptocurrency trading platform Bitpanda has joined the list of exchanges that will support the upcoming Vasil upgrade.

The crypto exchange has stressed that deposits and withdrawals will be temporality disabled earlier today.

As reported by U.Today, cryptocurrency exchange Binance also confirmed that it would support the Vasil hard fork. This came shortly after its U.S. subsidiary made a similar announcement.

The term “hard fork” refers to a radical change in a certain blockchain. Usually, a hard-forked chain starts from scratch, but this is not the case for the Cardano blockchain.

Instead of halting the protocol to implement new updates, Cardano conducts hard fork combinator events that ensure a seamless transition. The current Cardano chain combines old blocks from the previous eras, which is why there is no need for drastic adjustments.

Over the past two years, Cardano has launched several important hard forks. In March 2021, it rolled out the “Mary” upgrade, which brought multi-asset support to the proof-of-stake blockchain. Last September, Input Output implemented the Alonzo hard fork that finally enabled smart contracts, making it possible to launch decentralized applications.

With the forthcoming Vasil upgrade, Cardano will debut Plutus 2.0, a new version of the blockchain’s scripting language, diffusion pipelining and some other significant improvements that will make the blockchain more efficient.

The ADA token is up by a very modest 0.3% ahead of the much-anticipated upgrade, which is expected to take place later today after numerous postponements.

Former US Congressional Candidate Says “The More You Hate XRP, The Bigger The Army Grows”
04.10.2022